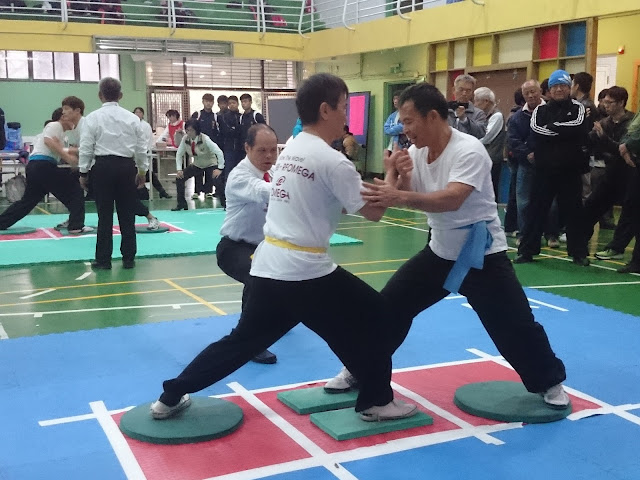 Softness overcoming hardness, stillness overcoming motion, and a slight force overcoming a great force are some of the traits that distinguish Tai Chi Chuan (TCC) pushing hands from other martial arts.


Suppleness and neutralization are not only the pathways that will lead to the state of softness overcoming hardness, but they are also the best tools that one could have to adapt to any circumstance.
Suppleness and neutralization enable you to easily dissolve forceful blows without being injured. In the same manner, blades of grass survive a storm by swaying with the strong winds. On the other hand, tall trees, lacking such suppleness, often take the brunt of such winds and collapse. Likewise, the softness of the tongue helps it survive in the mouth while the hardness of the teeth makes them fall off one after another.
TCC pushing hands practitioners often use fajing (discharge of power) to show off the skills that they have attained. They mistakenly believe that being ultimately supple will enable them to possess ultimate internal power, so they practice tirelessly to pursue breakthroughs in fajing techniques. They become overzealous in trying to beat their partners in pushing hands practices.
In my opinion, overcoming hardness with softness does not mean that something soft can defeat something hard. Instead, it means that the soft goes with the hard and prevents the hard from exerting its force and achieving its goal. The hard is defeated by itself, not by the soft. Likewise, the tongue cannot possibly defeat the teeth, and the grass cannot defeat the tree. The strong is defeated by its own rigidity. 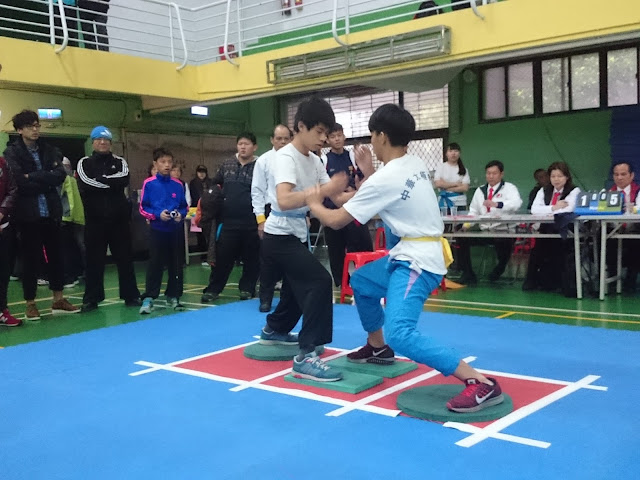 Tai Chi classics grade internal power in three stages of mastery: familiar, understanding, and approaching all-knowing and unfathomable to others. Likewise, in pushing hands, we grade the ability to neutralize the attacking force in three stages: (1) the physical ability in 3-D to dissipate attacks, (2) gentleness and agility of movements, and (3) virtual reality-like movements. Internal power, therefore, is an indicator of one’s suppleness and integration. It is “kept within”. It is invisible, impalpable, and it does not hurt others. Seemingly as feeble as the grass and the tongue, it goes with the movements of one’s opponent.
Therefore, the power of a TCC discharge comes from the integration of intangible energies. For them to naturally unify, a practitioner must let go of the egos in his body, mind, and spirit so that he moves with the opponent.
The integration of energy in a tsunami or a typhoon must be nurtured in nature. The key is that water and air are soft and that they go with their surroundings as they accumulate energy unceasingly until it is time to release their energy. Then nothing can stand in their way.
The discharge of energy in TCC pushing hands is just like tsunamis and typhoons. When one is light and agile, she has a firm grasp of the direction in which her opponent is about to fall out of balance. She has only to go in that direction to “go with the flow”, which is referred to as the momentum in TCC form.
Momentum originates from the ground reaction force, which comes up through the leg, the waist, and the arm to the hand. Therefore, the Tai Chi Chuan Canon states, “Your movements will appear like long rivers or great oceans, rolling on and on unceasingly. Suppleness and integration are the keys to connecting a series of momentum. When you have a firm grasp of its essence, you understand its magic, and you fully appreciate the real meaning of “softness overcoming hardness.” 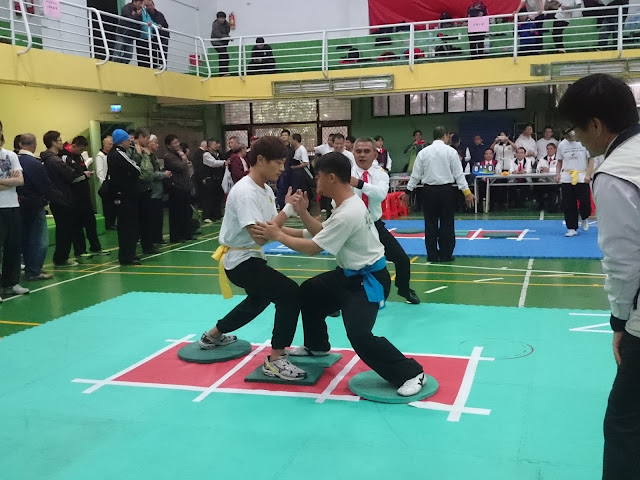