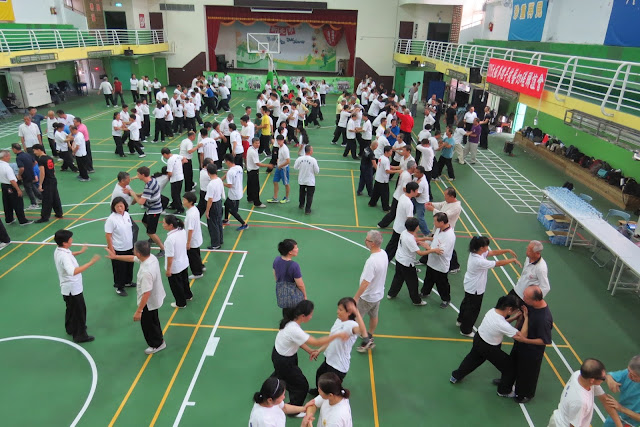 
First of all, the ground rules for this friendly assembly were laid out: fixed steps, right foot forward, right arms touching, ward off, roll back, and push five times before free pushing. Try to stick to the partner without being resisting. Yielding and neutralizing should predominate, and never pull or push forcefully. Use the partner’s own force to topple him or her—four ounces triumphing over a thousand pounds. 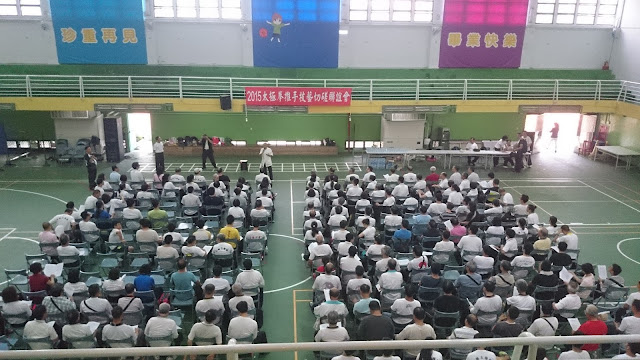 Above all, we wanted everyone to have fun and to learn from each other, not to beat each other up. It was for companionship, not championship.
People of all stripes and PH abilities were present, including school children, the sight-impaired, and a good number of older folks. After a while, people of similar interests congregated in their own circles: the neutralizers and yielders, the power dischargers, the standing meditators, and the formers, to name just a few. There were people eager to learn, and there were people equally willing to share.
After a hundred minutes, experts had clearly emerged. Those people who were light, agile, and good at yielding seemed particularly popular. Hu-Hui-bao, 83, Mei Zhi-cheng, 82, and Li Hao-hui, 73, caught much attention—because of their age and their avoidance of brute force.
Many male participants were puzzled. They all had sizable advantages of being many pounds heavier and many years younger than Li Hao-hui, but try as they might, they could not seem to stand upright in her hands, much less to gain an advantage over her.
Li was proof positive that size, age, and even gender did not matter in pushing hands. Despite her petite frame and advanced age, she did not have problem handling male players who had clear weight and age advantages. 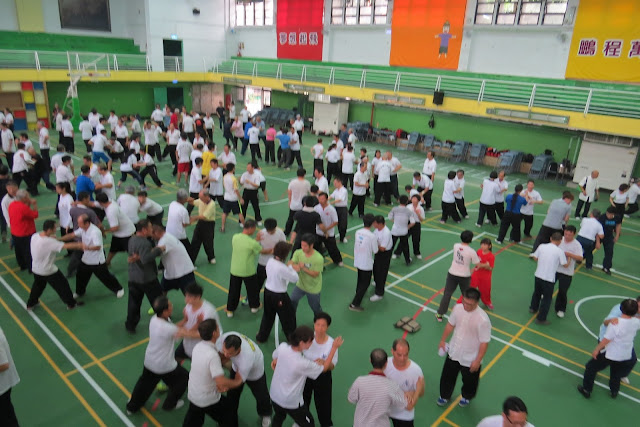 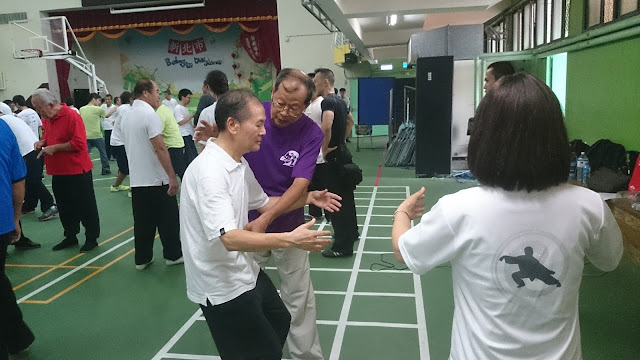 Like me, Li studied supple TCC form and pushing hands under Teacher Soong JJ, the founder of our school. He taught us to build our TCC on the foundation of rock solid quadriceps, only on such a foundation can the upper body be kept supple, yielding, and extremely sensitive. This is supple TCC.
If a small 70-some-year-old woman can easily handle a big man in pushing hands, you can imagine a bigger man, also with supple TCC, could handle very big men with ease as well.
The coaches present believed that a PH gathering—with its overriding goals of companionship over winning—like this would be a great forum in which TCC practitioners may overcome their fear of getting hurt in PH. They were also of the opinions that only after diligent and long practice could one become light and agile in pushing hands.
Coach Zhang Zhi-qiang of Taoyuan and Coach Zhou Jin-liang of Tainan were no strangers to each other. They used to duke it out between 1995 and 1998 in the heavyweight class, and they often split pushing hands championships. The two of them played with each other at this PH get-together after a 17-year hiatus, but gone this time was power play of the past. Instead, they PH gently and had a great time catching up and reminiscing. 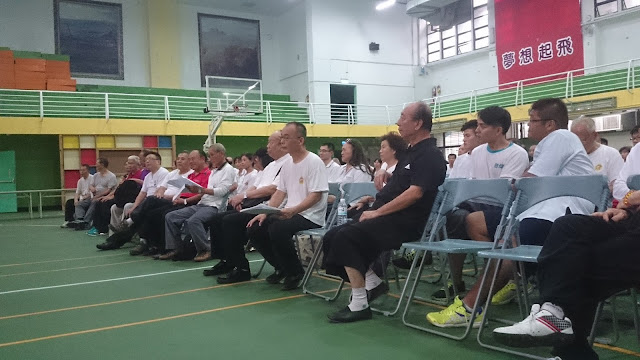 Ke Wei-jie and Yang Min-chang, two young players from our Institute have earned kudos for being supple and yielding. They neutralized attacks quite effectively. Though they were not always able to follow their neutralization with a further move to destabilize their opponents, they have clearly demonstrated their understanding of “overcoming hardness with softness.” I know that they, with diligent practice, will be there.
Population aging is happening in many societies. It is important to tap the potential of the elderly and make them a contributing force in society. In today’s PH gathering, I see hope that the elderly, female, the unsighted, the infirm, and indeed everyone else can take up TCC and make it a beneficial part of their lives.
Written by Wu RH, Chinese Tai Chi Institute 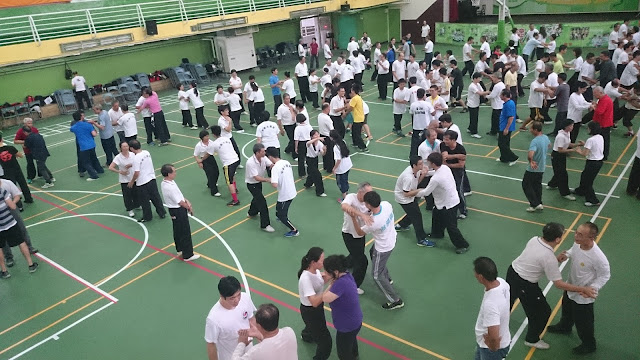