In Tai Chi Chuan, you do not fajing “in an instant”– Part II 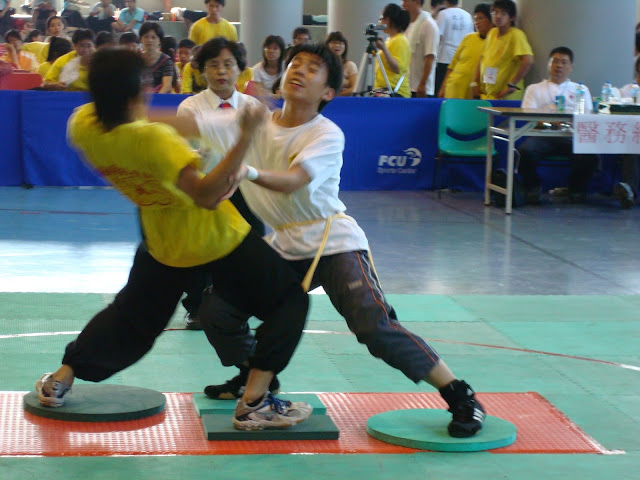 There are two fundamental techniques in pushing hands: go with his move and lead him to move.


As a Tai Chi Chuan (TCC) practitioner, you must first be humble, light, and agile before you may cause your opponent (he) to lose balance without knowing when or why. When you are light and agile, he has no idea where your center, much less what your intention, is. Conversely, you know his every move before he even acts. In a contest like this, you are, as the TCC classics tells us, “assured of victory.” 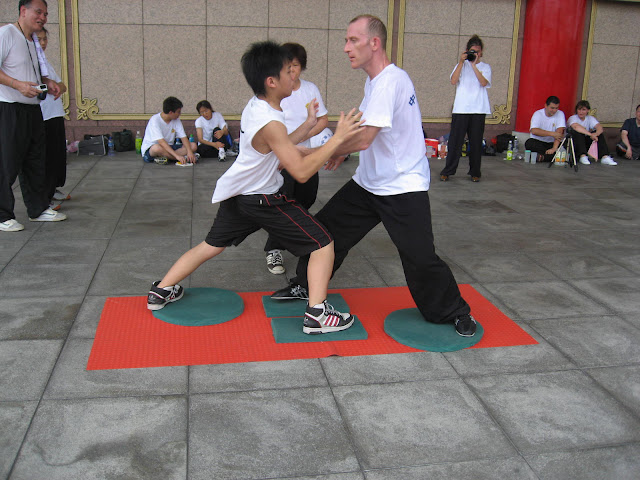 Whole-body agility is fundamental to whole-body listening. Only when you listen well can you perceive his intentions, the knowledge of which enables you to “go with his move to use his own momentum to lead him to fall down or bounce off”. Then you can “use four ounces to deflect a thousand pounds.” 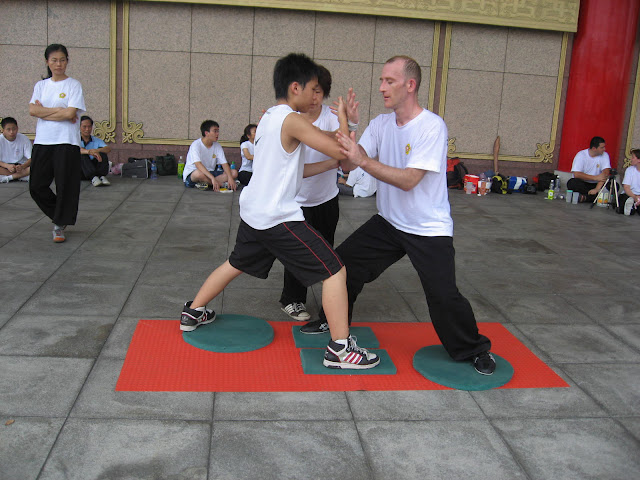 How do you go with his move? You yield to his moves at all costs. At first, when yourwhole-body agility is not up to snuff, yielding often means defeat. That’s why Cheng Man-ching beseeched TCC practitioners to “give up your position” and to “swallow loss”—each time you swallow a loss, your body learns a little more about how to yield better. Be patient, just continue to be supple and agile and continue to yield at all costs. In due course, you will be able to yield to his every offensive move, leading his force to land not on you but on air, and he naturally loses balance without your even trying.
By “naturally”, I mean the laws of physics: inertia, momentum, and impulse. I will have more to say about the physics of TCC in a future post.
The above paragraphs deal with situations where he, your opponent, initiates the offensive move against you: When he attacks, you go with his moves—you yield.
When you get better at yielding and his attacks often lead he himself to fall, he may choose to not attack at all. Instead, he may choose to dig in his root and be on the defensive. He is now a better opponent than before. He has progressed just as you have. If he does not move, then you cannot go with his moves, there is nothing for you to yield, and he will not fall down or bounce off. You do not want him to remain stationary. You want to upset his stillness. 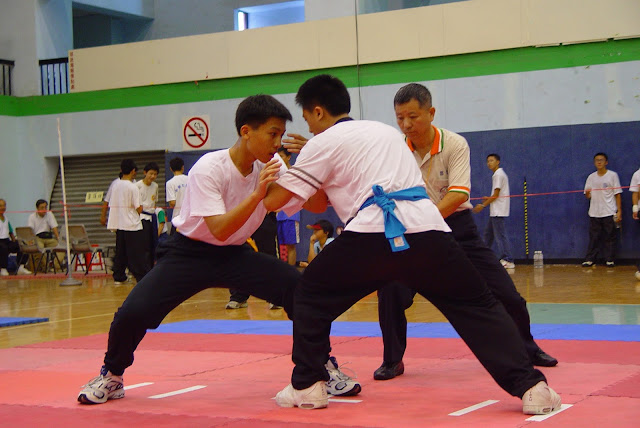 Now you need to employ the second technique: lead him to move.
Leading him to move is akin to quickly passing the basketball here and there in the hope that the defense will show a crack—an opening that you can exploit to crush his defense strategy.


How do you lead him to move? The TC classics tell us to use (1) moves in three dimensions—forward/backward, left/right, up/down (or “leverage” in physics parlance), (2) contrasts between yin and yang, the empty and the fullness. These moves will expose his weakness for you to upset his balance.
By Wu RH, English translation and annotations by Tang YY 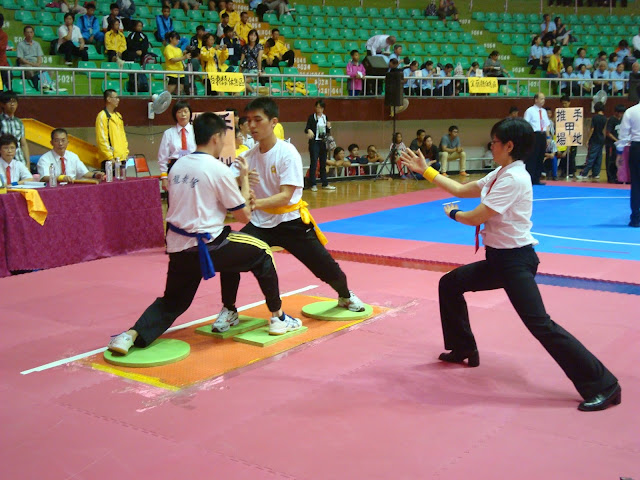