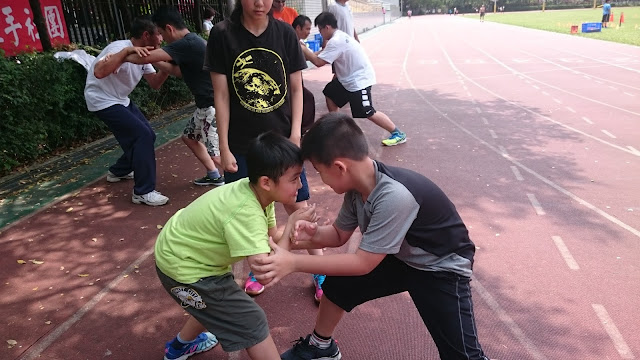 The effectiness of the first two PH core competencies is enhanced by the strength of the third.

Every foot step you take correctly while doing TCC form helps cultivate your leg strength. My teacher, Soong JJ, categorized all the steps in the form into five types:  front bow stance, sit-back stance, left turn stance, right turn stance, and central equilibrium stance. He also devised a set of  drills—the five stepping methods—to help practitioners zero in on these essential skills.
Front bow stance is most popular when people fajing. However, this stance, if not executed correctly, often leads you to lean forward, affording him an opportunity to easily lead you to fall. Therefore, front bow stance, thought at first glance a stance of strength and advantage, is not at all what it seems. Quite to he contrary, often it is a stance that leads you to fail.
It is no wonder that Soong JJ and his teacher Cheng Man-Ching both advocated the sit-back stance as the most effective way that leads one to softly triumph over hardness.
The sit-back stance may at first seem a counter-intuitive choice. For one thing, it makes you feel vulnerable because it does make you vulnerable. You have nowhere to hide when he attacks you, but that is exactly the idea: putting yourself in a situation where all you can do is yield to his attacking force. 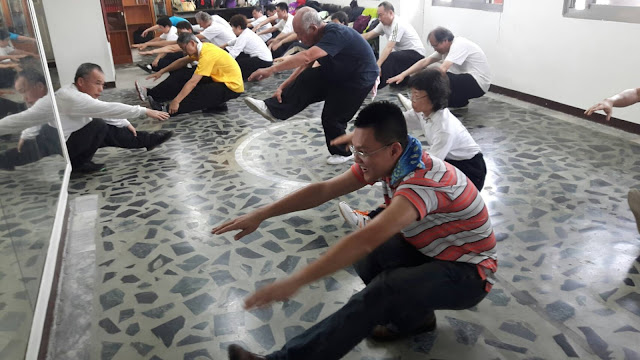 But how can you yield when your back is to the wall? Since you can't go any further back, you can only command your leg—rear leg—to go further down so as to create the space in which to neutralize his attack. It is the only way, and it is a very hard  to achieve. Only a very strong rear leg can support you and help get you out of the bind. 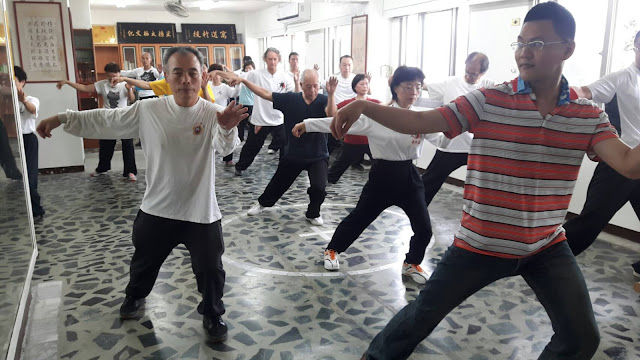 The deeper you can lower your rear leg, the deeper your opponent, in order to reach you, must come forward towards you—in his front bow stance—and become over-extended. He is now forward-leaning, far from home, and helpless while you are centered, rooted, right at home, and in control. You can gently and effortlessly lead him to fall beside you, so why do you want to expend efforts to fajing and expel him away from you—which many practitioners try too hard to do?
The five stepping methods help you build up the leg strength that you need to execute a proper sit-back stance. It is important to point out that a successful sit-back stance takes lots of practice and much time to attain. It is even more important to point out that you will suffer many defeats before your sit-back stance becomes usable—i.e., capable of creating sufficient space for you to destabilize him. 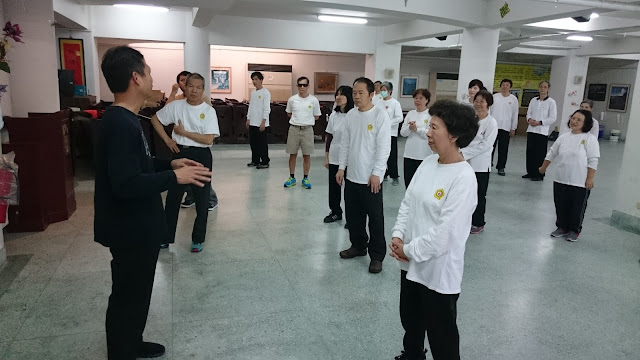 This learning process is necessarily lengthy and often frustrating. After all, who wants to always be on the losing end?
Mr. Robert Smith once asked his teacher Cheng Man-Ching to reveal the secret of his legendary TCC skills. Cheng replied, to paraphrase, “You must accept loss for a long time. You must invest in loss, or else you will not succeed. My success today was possible because I set my pride aside yesterday. I was often thoroughly and utterly beaten, but after some time, I got better. Trust me on this.”
Master Cheng spoke so clearly on his secret. It is almost too simple to believe, so he asked Mr. Smith to trust him on that. My teacher, Soong JJ trusted him, and I did, too.
Now we have found a training method that is worth investing in, let's delve into how to practice it.
The following was what Soong JJ required all his disciples to do when it came to training the sit-back stance—these are the same requirements that the TCC Classics stipulate. Here goes:
Tuck in your tailbone by slightly pulling your buttocks forward while keeping your abdomen and buttocks loose. When this is done correctly, the heel of the back foot, the tailbone, and the back of the head form a vertical line, as do the acupuncture points yongquan (KI1,湧泉, bubbling well), huiyin (CV1,會陰, perineum) and baihui (DU20,百會, crown, top of the head). 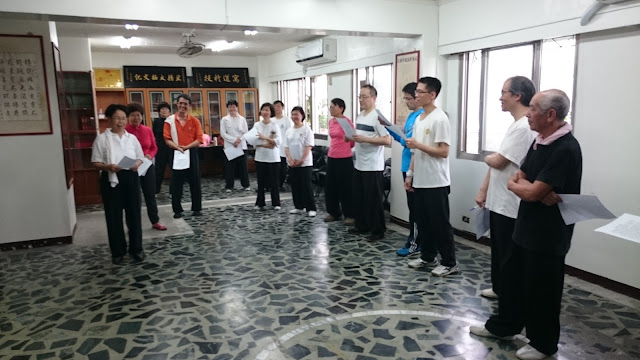 In this sit-back position, execute your hand method and stick to him without resisting his attacks in an effort to lead him away from your center. If you succeed, he falls, but more often than not, your effort will fail and he pushes you out. Even Cheng Man-Ching was “often thoroughly and utterly beaten” when he himself first tried this. But after some time, he got better, and so will you. He had cast his pride aside before he achieved great success. If you and I want to have a chance to get closer to him in TCC proficiency, we must first be willing to also cast aside our pride and be ready to be beaten many, many times first. Train this way for several hours a day for at least three to five years, then we can expect to be transformed into better TCC practitioners—with a strong, effective, and effortless sit-back stance.
When even in this seemingly vulnerable sit-back posture you can easily and effortlessly dissipate  his attacks, however fierce and ruthless, then won't you say that you have achieved some measure of “softness triumphs over hardness”?